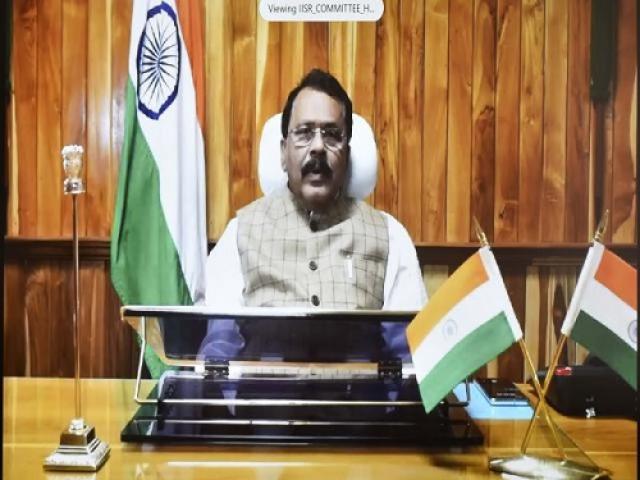 Kozhikode: Mizoram Governor Sri P S Sreedharan Pillai inaugurated the valedictory session of the Indian Constitution Day observance organized by ICAR- Indian Institute of Spices Research. During his key note address, he emphasised the role of the Constitution in maintaining and protecting cultural diversity and heritage. Mr. Sreedharan Pillai stressed the role of Kerala in cultural exchange between India and other countries. The spice trade between India and other countries resulted in significant cultural exchange, said Mr. Sreedharan Pillai.Kerala has always been the focal point of spice trade. The climate, soil and environment in Kerala are conducive to spices and other agriculture. All these resources will help us to make the clarion call of Atmanirbhar Bharath by the Prime Minister, Mr. Sreedharan Pillai said.Dr. A K Singh, Deputy Director General (Horticultural Sciences), ICAR, New Delhi presided over the programme. During his presidential address he highlighted the role of the Indian Council of Agricultural Research, which has a clientele spanning the length and breadth of this country, in spreading the spirit and values of the constitution.
Speaking about the progressive vision in the Indian Constitution, he said that  the 17 sustainable development goals framed by the United Nations in the recent years could all be found in among the values enshrined in the Indian Constitution more than seven decades ago. Most of these objectives and vision were directly or indirectly included in the framework of our constitution, he said.
Sri. Kumaran C V, Principal, Government Law College, Kozhikode delivered technical lecture on “Change: An inherent part of a stable constitution”. Indian Constitution is constantly subjected to changes without affecting its original basic principles and structure, said Sri Kumaran. The Constitution has been amended 104 times so far. Most of the amendments were brought in to strengthen or clarify the already existing articles, he pointed out. The changes in the constitution have acted in a constructive way to strengthen the democracy.Various programmes were conducted by the Institute during the year-long 70th anniversary celebrations. Dr. Santhosh J Eapen, Director ICAR-IISR delivered the welcome address at the function and Dr. Anees K delivered vote of thanks.