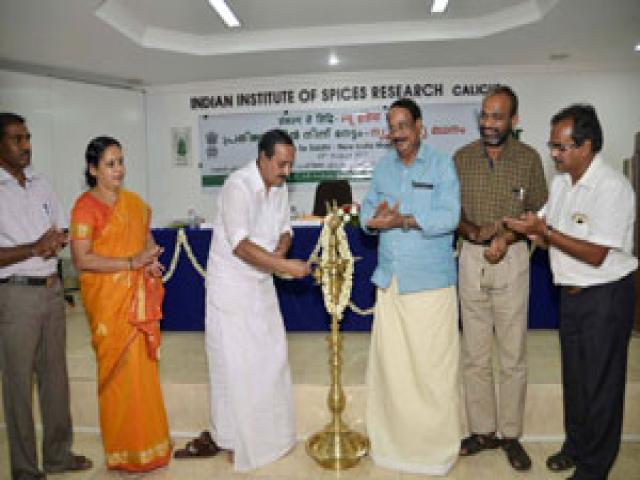 A centrally-sponsored scheme aimed at doubling the income of farmers by 2022, was launched in a public function organised at IISR on 25 August 2017 afternoon. “Sankalp Se Sidhi” program is being organized across the country to commemorate the 75th Anniversary of Quit India Movement. Under this new initiative of Prime Minister Narendra Modi, a seven-point programme is being implemented in the agriculture sector. Shri. M.K. Raghavan, MP, Kozhikode inaugurated the program. Shri. A. Pradeepkumar MLA and Shri. Babu Parassery, District Panchayat President offered felicitations. About 200 plus farmers participated in the event.